Honey honey how you thrill me... 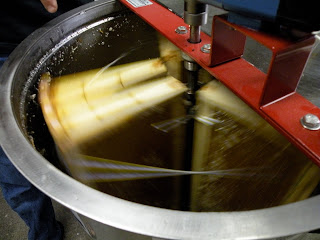 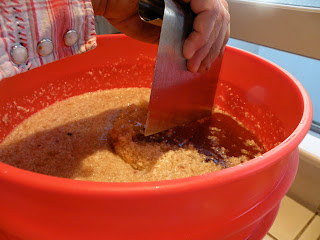 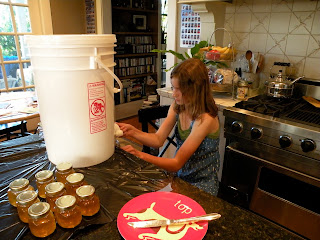 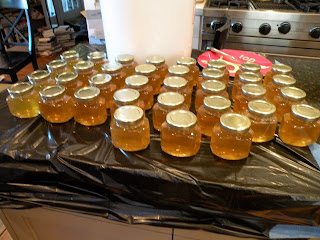 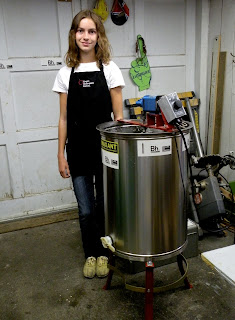 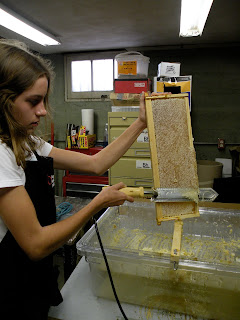 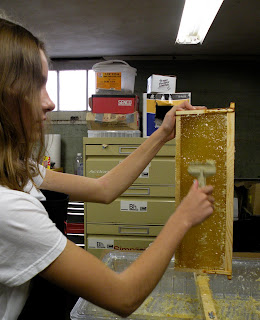 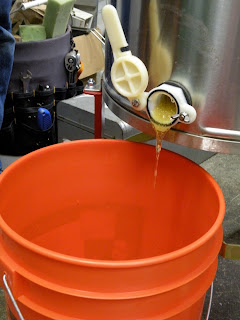 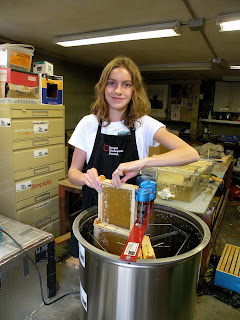 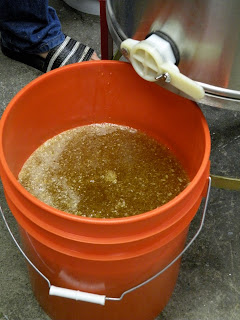 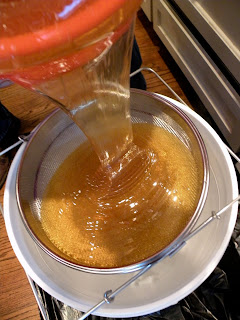 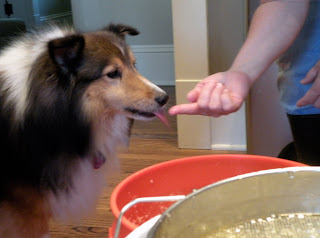 even Teddy likes it 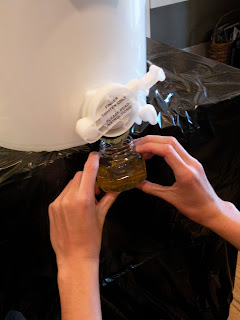 first jar
Saturday I went over to Corky's house and extracted honey! I left more frames (more then I needed) in the hive just to make sure the bees have enough to eat during the winter, so I only have 40-50 pounds of honey. That is good for one hive on the first year. My mom and I are thinking loosely on having a second hive in the back yard next year. Extracting honey is simpler than I thought. First, I used a large hot knife/blade to cut off the top of the honey, for it had been capped in the frame. I also used a little comb to get some more wax and stuff off the frame. Then I would put the frame into the extractor. It looks like a big tub with six spots for frames. Once I put six frames in I turn the extractor on and the frames start to spin. I let them spin for a while, for the honey is flung to the side of the extractor and then goes down to the bottom. After sometime I turned the extractor off and opened the cap at the bottom. The honey then comes out into a bucket I have waiting. Once I went through all the frames it was time to go. When I was home I let the honey sit till Monday (that's when Corky came again) for all the wax that got in the honey will float to the top, so then I could scoop it off.
When Monday came Corky came to tell us what to do with the honey and to open the hive with us again. We put boxes on the hive that were full of the honey remains from Saturday, so the hive is now seven boxes tall again. The bees seemed nice, for no one got stung. There were queen cells, which should stop soon, as it is so late in the season. I did not see the queen, but there were signs of her, for example eggs and larva.
When we closed the hive Corky showed us how to pour the honey through strainers into another bucket. Mom and I spent the day pouring honey through the strainers. We finished yesterday.
Today I even started filling jars. I will update you either tomorrow or Friday on what has progressed on the honey. I'm meeting with a neighborhood store tomorrow to see if they would like to sell my honey.
-Audrey
Posted by Audrey at 5:54 PM